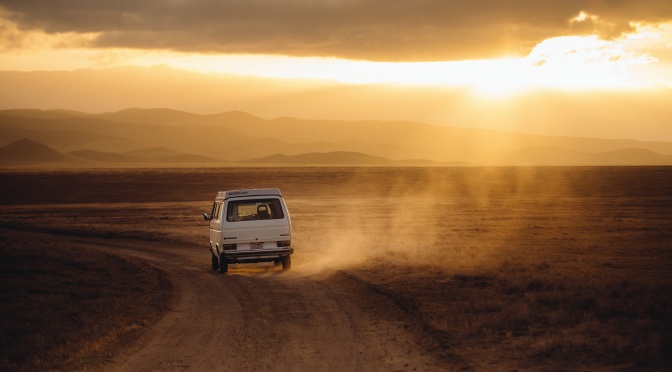 Like most Hopi, my great-grandfather, Wilson Pentiwa, expected to spend his entire life on Third Mesa near Orayvi, but a doctor from Jersey City who would visit the reservation each summer, offered to repair the failing heart of his infant son, the man I now call grandfather. That was how Wilson, his wife Elizabeth, and their boy, Alban, came to live on Dudley Street where the old Morris Canal met the Hudson River.

Although thousands of miles lie between our family home in the shadow of Manhattan and the land of his birth, great-grandfather made sure each generation learned, and more importantly never forgot, our Hopi heritage. As I sat with him beneath the grape arbor he had built in the small yard behind the three-story brick tenement, he turned to me and whispered, “It is my time to return to Orayvi.” When I told my father, his face lost all color.

My father and grandfather gathered the family around the kitchen table and prepared us for the old ones’ departure. Grandfather asked which of the young ones would travel with him to Orayvi. My brother and cousins were more interested in baseball and the girls of St. Aloysius School, so he turned to me and said, “Would you honor my father?”
I agreed and it was set.

Grandfather steered the old Ford van out onto the New Jersey Turnpike, but long before we reached the Delaware River, he exited and followed what he called a blue highway.

When I asked why he left the faster road, he smiled. “This journey is not about speed, but passage.”

I sat in the front, holding frayed maps and watching gas stations, diners and billboards slip past my window. In the back, great-grandfather sat silently next to his wife of seventy-four years. With the river that separates New Jersey and Pennsylvania just beyond trees that lined the steep bank, great-grandfather asked his son to stop. Once we were parked on the gravel shoulder, great-grandfather stepped slowly from the van and stood with his arms outstretched and palms upturned.

“What is he doing, grandfather?”
“He is thanking the spirits who inhabit the land through which we travel for their generosity.”

Never having been west of Philadelphia, I was taken by the breadth of America and the varied landscapes that filled the windshield: forested mountains, grassy mounds followed by endless wheat fields, then wide prairies, and finally red rock spires. Somehow, great-grandfather knew just when to pay homage to the spirits of each; the Lenape in New Jersey, the Monongahela in Pennsylvania, the Miami in Ohio, the Osage in Oklahoma, the Cheyenne in Texas, and then, the Comanche in New Mexico. But, with each stop he seemed to weaken until we neared Shungopavi, where he could barely leave the van.
Nothing prepared me for the sight of those flat top mesas rising from the desert floor like great tables on which massive white clouds perched. Though unable to describe it, I felt a primal connection that at once was completely new, yet strangely familiar.

We arrived at Orayvi late in the afternoon as the sun sat low in a western sky that stretched from horizon to horizon. Great-grandfather led the way to a small adobe just beyond the others. “That is the place of my birth,” he said in a weary voice.
Though it looked abandoned, the old building had been swept free of cobwebs and dust. Shelves had been stocked with fresh cornmeal and lard and eggs. Neatly folded blankets and laundered sheets lay atop the wood frame beds.

“Grandfather, did you tell them we were coming?” I asked.
“They knew.”

Great-grandmother prepared a meal of mutton and black beans. Afterwards we sat on a wooden bench along the outer wall of the adobe and, while bathed in gold, watched the sun slowly fall behind Howell Mesa. We said nothing, but became a single unit in that aurulent glow.

A final glimmer of sunlight reflected in the tired eyes of great-grandfather who, to save the life of his son, walked away from everything he held sacred, including his standing as a leader of his clan. Not once did I hear him utter a word of regret.
Indigo shadows climbed the mesa and shrouded us in their dark grip. Great-grandfather reached out and took hold of great-grandmother’s hand. Then, he turned to me and said,

“We are again part of this place. You, grandson of my son, will come here and take my place.”

Knowing nothing but the streets of Paulus Hook, I dismissed his words as the addled ramblings of an old one. But, I did not sleep well that night. My eyes would blink open when there was only silence. Then, the rhythm of great-grandfather’s shallow breathing from across the darkened room soothed me. In the soft gray of early morning, I heard stirring about the small adobe; then, “Edward, get up.”

I leapt from the bed, afraid of what had happened during the night. There was great-grandmother standing by an old black cast iron woodstove, making a breakfast of speckled eggs, blue corn pancakes and fry bread. Great-grandfather sat at the table smiling and motioning for me to join him. We ate in silence. The melancholy of the previous night was gone; replaced by a new serenity.

With the meal finished and the dishes cleaned, we walked outside and made our way to the eastern edge of the mesa where we sat on mother earth. The evening before, we bid farewell to the setting sun; but this day we welcomed the warmth of another as it lit the wide plateau beneath First Mesa. Long morning shadows shrank as the sun climbed high into a cloudless turquoise sky.

Great-grandfather spoke softly, “Son, today take Edward to Kykotsmovi. Tell the council he will assume my place. They will know what to do. Go now, before the rain.”

Though I spun in every direction, I saw no clouds overhead, only two distant puffs sitting like dandelion blossoms on the southern horizon.

Grandfather rose, signaling for me to accompany him. I wanted to stay; to have more time with the old ones. Great-grandfather asked me to kneel beside him. “Edward, you make me proud. You will be wise like few men. Embrace your great-grandmother; then, go with your grandfather. Remember, let the eagle guide you.”

Great-grandfather coiled his arm around my shoulder and pulled me close. I felt his hot breath on my neck, his leathered skin against my own and recognized the scent of sage in his shirt. I held him tightly until grandfather called again.

Great-grandmother looked at me, smiled; and whispered, “Your time is nearly here.”

Then, she pressed into my hand a small silver disk bejeweled with cabochons of turquoise, obsidian and jasper. It was the medallion great-grandfather had made and given her the day they married. I stroked her downy hair one more time. On my way to the van, I stopped. “Wait, grandfather, please.”

“Edward, don’t make this harder than it is,” he cautioned.

I ran back to the small rock ledge on which they sat. Crouching between them, I gathered both in my arms and forced out what had burned in my throat since the day we left Dudley Street, “I love you, my teachers.”

Our barter was now complete: they had given me wisdom for my journey, and I, my love for theirs.

Grandfather and I rode to Kykotsmovi and met with the tribal elders. They shared stories of my great-grandparent’s marriage ceremony in Orayvi; the birth of their first child, my grandfather; and, what they had done to help the Eagle Clan. Even though two thousand miles separated my great-grandparents from the people of the village, they somehow knew all that had transpired in their lives back east. We remained with the elders until midafternoon and my head swam with the tales they told. Then, in a sacred ceremony, I was welcomed as Wilson Pentiwa’s heir to his position in the clan. We returned to the adobe, but finding it empty we walked around back.

I cradled his cool body in my arms as grandfather eased his mother down next to sagebrush nearly as tall as I. Great-grandfather fell back into my arms and I rested him alongside his wife. Grandfather prayed aloud for them in the language they had taught him.

I peered across the plateau below us to see an eagle and its mate soaring on an updraft along the mesa cliff. No more than thirty feet from us, they arced to the right and climbed high in the sky, disappearing into the glare of the white-hot sun.

Two menacing dark clouds approached from the south. Large raindrops began hurtling to earth and exploded in bursts of dust at our feet. In minutes, the rain fell steady and hard.

Grandfather said the old ones’ earthly bodies were being cleansed while their spirits were being lifted on the wings of those eagles.

Seven years later I left Jersey City for good and made my way back to the village. A pair of eagles circled high overhead as I drove the final mile up the gravel road to Orayvi.

One thought on “To Orayvi”

This is our 14th edition