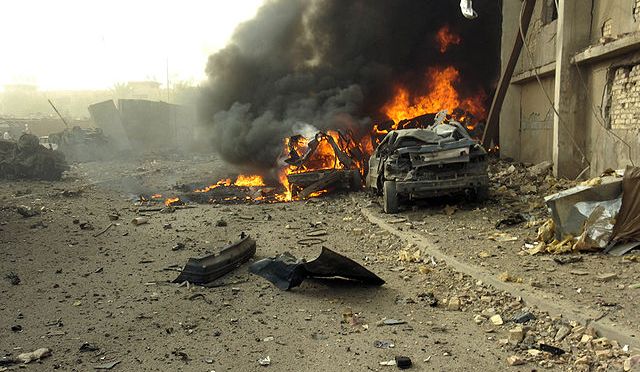 I was born in 1936 in Fort Worth and I lived with Aunt Jessie and Uncle Nelson Harris back then, but my memories are of 1941 when I was living with them once more.  They had no children and he owned five-night clubs in Fort Worth, Texas.  I remember setting at one bar and eating Jell-O during the day when my stomach was upset.  There were juke boxes at the booths, and you could tell the lady which song you wanted her to play after you put the nickel in.  We were in Fort Worth awaiting the birth of my brother who was named Robert Nelson Blim.

The next thing I remember was being led into a large building with ladies with long black and white out fits surrounding them.  Their head pieces looked as like if the wind caught them exactly right…they would take off and fly.

Seated at long table were kids under the age of five eating scrambled egg sandwiches.  I ate my first one that day.  All the other older kids were in school.

A few days later we kids of school age were driven there.  I became fast friends with Sam from Georgia.  After all, he had every color of Crayon in the world—including gold.  We spent a lot of time coloring which was alright with me.

Then nap time was upon us.  We all had our long piece of brown paper which we laid on…upon the hard floor.  I still today, do not like brown paper bags.

At lunch on Fridays we ate pinto bean sandwiches on brown bread. I liked and missed them later when I moved back to Los Angeles.  When rain hit the windowpanes in the attic, up the stairs we ran falling all over each other.  The attic was huge and looked as if haunted but could not be as it was a Catholic boarding place.  I figured that out at the age of 5.  We could run and scream and play which did not bother the ladies in the black and white outfits.

of the stairs as we came down, they presented us with a large spoonful of the nastiest tasting liquid stuff in the world called cod liver oil.  After a few times of this, I found something else to do upstairs till the lady with the tablespoon was gone.

In good weather it was out into the back yard playing under the clothesline.  Sometimes we played Hide and Seek or Tag. As we were running everywhere it is no surprise I fell and cut my left wrist on a piece of glass.  I still have the scar.  I am sure Uncle Nelson paid for my time at the boarding school, along with Bobby’s birth and mine.

Then my dad, who lived in Tyler, had the summer months with me.  He was a postman and his mother, whom I called Other Mama, was at home taking care of me.   She

was washing dishes in the kitchen looking out the window watching me in the back yard playing with A. W. Brady whose parents were divorced also.

He said, “Say Dam Connie! Say Dam, Dam!”  Before I could say anything, Other Mama was out the back door yelling at A.W. to go home till he could behave himself.  Evidently, A. W. never grew up to behave, he was racing on brick streets in Tyler down South Broadway and was killed in his 1954 coup Ford.

During the time we lived on East Edwards Street where A. W. taught me to cuss, I do have a memory of Uncle Nelson coming up the long set of concrete steps with his 38 caliber pistol in his shoulder holster and my grandfather, P. O. Bedgood setting in a chair at the screened-in widow of the front porch with a rifle in his lap.  No one shot anyone, that time.

Eventually daddy requested a change of venue for his custody case for me to live with him and Other Mama.  The change of venue was to Grayson County from Smith County.  I was living in Pottsboro with my mother’s mother Laura Lindsey during the end of World War II.  The paperwork shows Aunt Jessie and Uncle Nelson put up the money for mother’s lawyer.  A letter written in 1959 from Aunt Jessie stated that mother gave me up to daddy rather than cause any more bad information becoming public about Uncle Nelson.

Uncle Nelson was always kind with a great laugh and came to Pottsboro several times during the four years I lived there bringing real toilet paper instead of using the Sears Catalogue sheets like we did.  One of these visits I accidently stepped on Aunt Jessie’s foot and she screamed and carried on as if she were bleeding.  I felt bad about it for years.  Perhaps

if I known what kind of life, she lived in Fort Worth, I would have been more understanding, but then I was a kid of only nine at that time.

Recently I asked the library in Fort Worth to look up newspaper articles on Uncle Nelson and they sent me the following information.

He started his life of crime as a deliveryman for the Green Dragon narcotics syndicate and became a bouncer for some joints on the Jacksboro Highway after serving two years in the federal prison.  He also ran a prostitution racket out of his own house.   Nelson Harris was considered one of Fort Worth’s toughest and most versatile criminals.  After reading this and more, I had to take a few days to absorb this about the man I knew.

I did go visit Nanny in Pottsboro several times after moving to Tyler.  I never saw Uncle Nelson again.  Aunt Jessie was in the V.A. hospital after she was discharged from the Women’s’ Air Forces.  She had been in a big storm on the ocean while taking care of the wounded from battles overseas.  She joined the military to get away from the hounding of the FBI.    I wrote her all about being fourteen and fifteen and dating.  She wrote me back and enjoyed my roller skating and boyfriend stories.  She married and divorced many times…society was different back then.

Then in November of 1950 while dating my first boyfriend in a car…right before Thanksgiving daddy showed me an article from the newspaper.  For the first time in my life I wanted to be all alone…trying to understand the news.  Uncle Nelson opened his car door,

climbed in and was seated with his young wife, who was pregnant.  He started the car and dynamite blew the top off the car. They were both dead.  The explosion was audible for blocks in all directions. The two-door car was parked beside the Harris’ duplex apartment.   I cried a lot.

I called Aunt Chloe and she, of course, already knew it and said Aunt Jessie had called her.  We were all sad.  Aunt Jessie was in the V.A. hospital longer because of the news.

Research revealed a lot about Uncle Nelson.  He was a gangster not the machine gun type but broke the law several times.  He squealed and so received two years in Leavenworth Prison which is one of the worst ones.  Even after all of this married to the young wife, he was still committing crimes.

No one ever stood trial for the three murders but it did end the rein of the Jacksboro Highway gambling, prostitution, drugs and crime with a lot of jail time and bodies found in secluded places of some of the past criminals.

My question is, “Did the three in the car get justice?”  That baby was not guilty.  Since I believe we reap what we sow…whoever did it…more than likely was blown up also.

Photos available of Jessie and Nelson