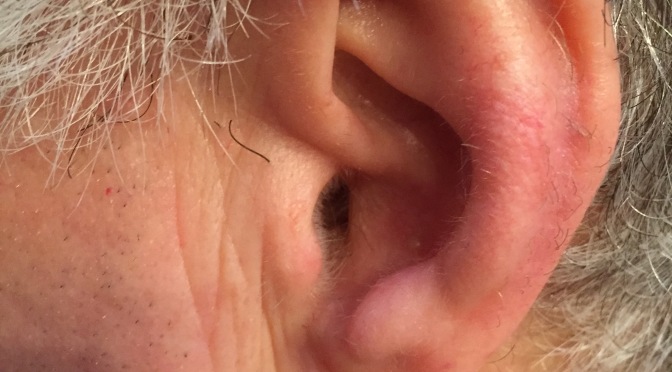 I used to be able to lope along at the clip my daughter’s maintaining,

as we cross St-Denis. I tell her I’m bemused by the speed

with which she eats up ten blocks, then twenty and I remember

my father asking me to speak up, to repeat what I’d just said.

Can you please slow down a bit? I ask, and she decelerates

before zooming ahead again. My father’s early hearing loss

brought out the callous teen in me. I wanted him to try harder

an effort. Are you going to a fire? I ask. She sighs. We approach

Parc Jeanne-Mance. I used to be as fast as you. These days

I have to double-time to gain the half step I need to keep up.

My hearing’s shot too, I say, which she claims has more to do

with my not listeningthan with needing space-age hearing aids.

And what does pretending to be deaf have to do with dawdling?

she asks, as we dogtrot across Parc Avenue and up the brick

walkway past the gazebo. Was I ever this rude with my father?

I bow to her peppery wit. She’s fed up with my non-sequiturs,

mother-daughter French which, although always grammatical,

leaves me in the semantical dust—but isn’t it up to me to hustle,

to cinch in my belt and listen with renewed zeal in the new Babel?