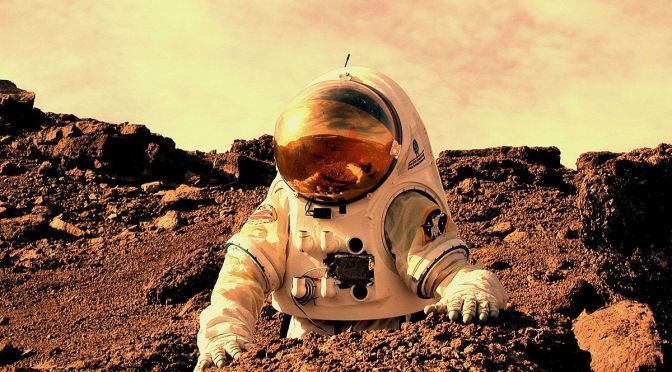 By the time he was 46 years old, he had orbited eight planets, and then, finally, they selected him to go live on one for a time.

The blue surface felt like moss. Even through zinc boots and socks insulated with an aluminum alloy that left a rash on the soles of his feet, the planet felt luscious. Stepping onto the surface was exhilarating, as if he were the first to ever touch another planet. And yet, the weight of 300 pounds of gear – those zinc boots, four oxygen tanks, a big helmet they called the pumpkin, a tent made of carbon fiber, a stove, a camera and tripod, a solar battery pack, a weapon slung over his shoulder that frankly he had not learned how to discharge – left no trace. After three steps, he stopped to turn around – a maneuver more cumbersome than his instructors on Earth had warned. He stumbled, started to tip over like a dead oak tree, caught his balance, took a deep breath, smiled at his good luck, and pulled the camera from the pouch on his chest. He was giddy about snapping a photograph to beam back to his home planet, but looking through the lens all he saw were the faintest z-shaped tread marks in the powder blue surface. Before he could turn on the flash and focus again, any hint of his presence was gone. END_OF_DOCUMENT_TOKEN_TO_BE_REPLACED