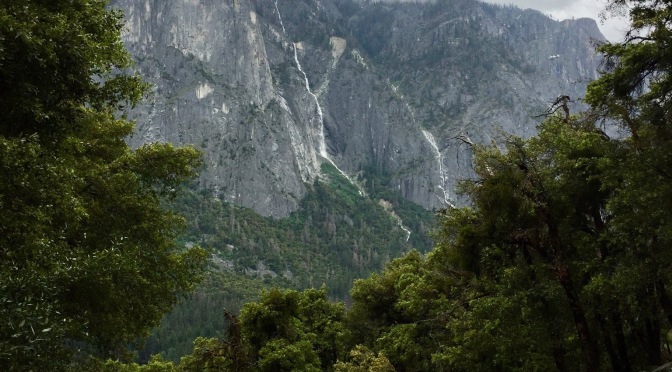 He’s been driving trail shuttle for nine years, ever since his wife took her kitchen appliances and smoking habit and left. Their dog had howled after her for a week or so, then he’d forgotten about her, curling up on her rocking chair like it’d always been vacant.

His sons check in once in a while, but it’s mostly just him and the dog now. It’s not a bad life, maintaining the trail during the day, picking up hikers when need be, getting home in time to watch the sun set over Lake Jocassee.

The couple called three days ago, having found his number on the Trail Angels website. The boy asked about getting picked up at the end of the hike. I mapped it out, the boy said, and we should get to the end seven days after starting. But Trip has been around the Foothills for a while and so he says no to that plan, because nobody finishes when they think they will, and many don’t even finish.

He picks the couple up at the trail’s end, where they’re standing next to their car and holding paper coffee cups, the girl leaning her head against the boy’s arm. The boy is skinny with a wide frame that he’ll eventually grow into. The girl is small, barely to his shoulder, her hair brushed neatly into a ponytail and her hiking boots stiff and new. She’s wearing makeup. Just looking at her, Trip knows she won’t make it. END_OF_DOCUMENT_TOKEN_TO_BE_REPLACED